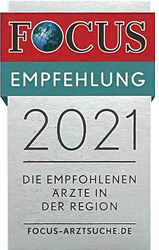 A preliminary diagnosis may be arrived at before the actual neurologic examination. This is done by taking the patient’s history and gathering information from the patient, his family and friends.

It is very important to determine the exact localization of the disorder.  We must outline the study and examinations in order to ascertain the localization.

Present symptoms are as important as absent and transient symptoms because various entities of the nervous system are closely interwoven, and the deterioration in one condition may well lead to simultaneous worsening of other nervous system functions.

The following circumstantial evidence is of utmost importance:

Manifestation and Progression of the Disease

For the purposes of making a diagnosis, it is very important to find out when exactly the illness manifested and how fast it progressed. Vascular diseases and epileptic seizures tend to break out abruptly. These symptoms may point to partial epileptic fits, brain ischemia, or migraine.  Throughout an epileptic seizure the patient may experience loss of sensitivity in one or more limbs, or in the facial area. Neurologic disorders of ischemic genesis are characterized by less clear localization and a gradual progression.

Younger patients experiencing an ongoing loss of sensitivity with concomitant symptoms such as headache, nausea, or visual impairment, may point to migraine. Migraines are generally characterized by the slowest progression of neurological symptoms. On the other hand, epileptic seizures are sometimes accompanied by a vibrating sensation or involuntary contraction of muscles. Transient cerebral ischemia causes a greater scope of damage whereas vascular diseases are characterized by a stair-step progression of symptoms (initial symptoms break out, reach a plateau, and then get worse).

Temporary remission or even disappearance of symptoms may indicate that the stroke has ischemic genesis. If the disease is major, the symptoms may get worse over the course of a few hours.  Elevated body temperature, muscle rigidity in the back of the head, and overall worsening of focal symptoms are all signs of an infectious impairment of the nervous system. Multiple sclerosis is characterized by varied recurring symptoms with periods of complete or partial remission. Slow and steady progression of neurologic symptoms points to a degenerative nature of the nervous system impairment.

There is no uniform way to complain about a condition. For example, a person complaining about dizziness may be experiencing presyncope, lightheadedness or actual vestibular vertigo; numbness may be either loss of sensitivity, tingling sensation, or paralysis; blurry vision may refer to one-sided loss of sight (transient monocular blindness) or diplopia. It is very important to differentiate between nuances of meaning when assessing a patient’s complaints.

A patient may choose to omit certain facts, either deliberately or accidentally, due to impaired memory, personality disorder, or substance abuse. In this case, the patient’s family members and witnesses present during the transient loss of consciousness (a blackout or epileptic seizure) must be questioned. If the patient tries to conceal certain symptoms, it may indicate that the patient is undergoing an anxiety attack or suffering from depression. It is very important to discern these conditions quickly.

Many of the nervous system diseases and disorders, especially those affecting children and teens, are inherited. If the family has a history of arterial hypertension or heart disease, it is very important in diagnosing a stroke. A lot of the inherited nervous system disorders, such as phacomatosis, hepatocerebral degeneration, and neuroophthalmologic diseases, affect other internals and cause different symptoms.

Systemic diseases often affect nervous system. For example, multiple mononeuropathy may be a manifestation of periarteritis nodosa, especially if the patient’s past medical history includes bronchial asthma. Diabetes, arterial hypertension and dyslypoproteidemia are often accompanied by neurological disorders. It is very important to rule out systemic diseases when diagnosing neuropathy. Comas are often caused by metabolic disorders, poisoning, or infectious disease.

It is important to take into account the patient’s assessment of his own condition. Memory loss and deterioration may be considered by the patient as an early onset of Alzheimer’s disease. Headache is regarded as a symptom of a tumor or possible oncoming stroke. Loss of sensitivity is often viewed as a symptom of multiple sclerosis.

Malignant tumors often cause various neurologic disorders, among which are metastatic tumors of the central nervous system and paraneoplastic syndrome.

Obtaining a general impression of the patient can influence the process of taking history. It is important for the doctor to realize whether the patient looks anxious, depressed, or is a hypochondriac, and whether his speech, memory or behavior is impaired.